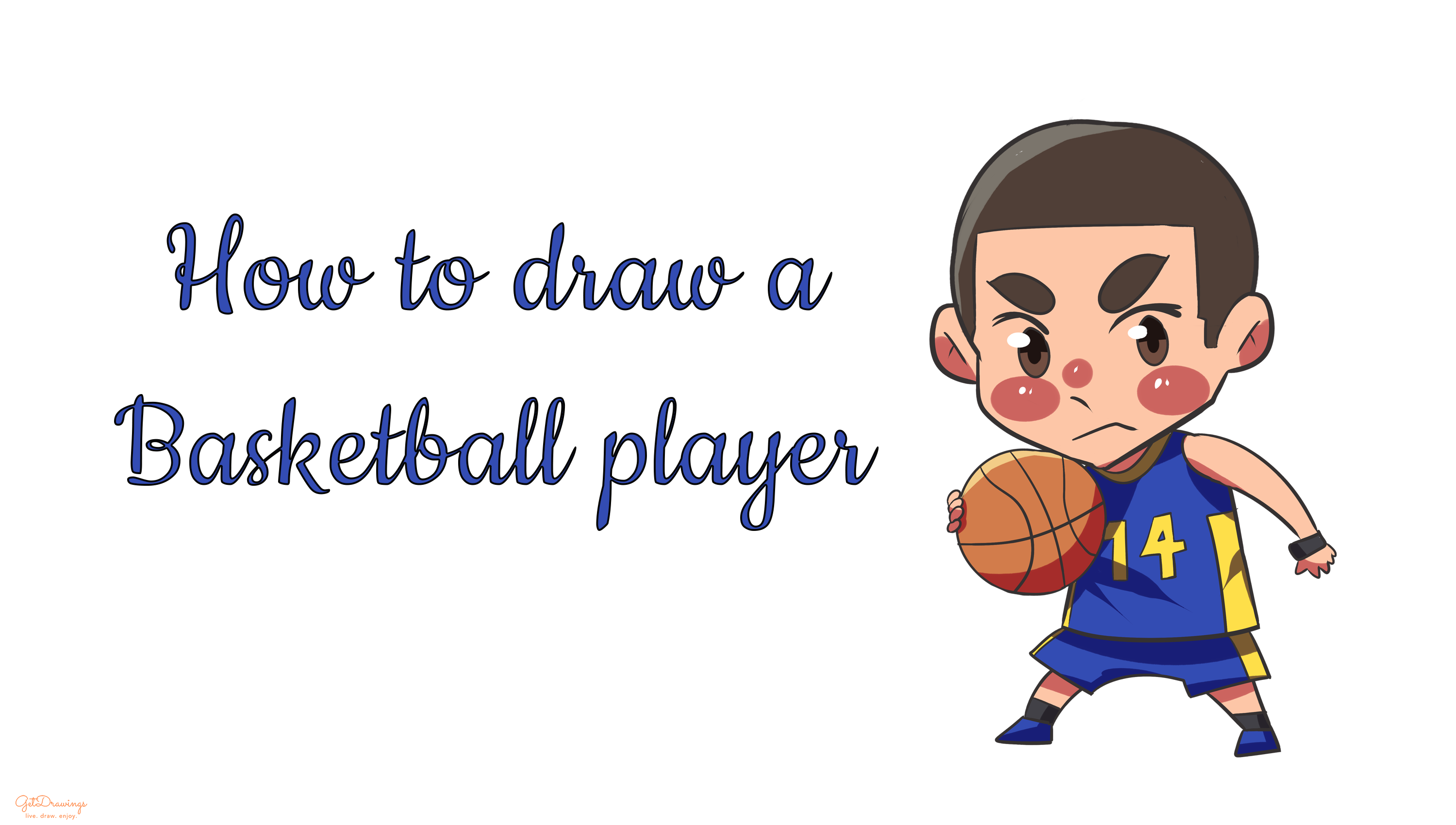 How to draw a Basketball Player?

One of the healthy sport in the world is playing basketball. It helps you moving your body while at the same time you need to score by throwing the ball to the net. If you're a big fan of basketball and want to draw a basketball player, all you have to do is to prepare a paper, a pencil and an eraser.

1.           Firstly, Create a circle with a curvy vertical line and a straight horizontal line. Leave a space below the circle for the rest of the body

3.           Then, create two half ‘heart' shape on each side and two short straight lines just like on the picture to create ears and give a depth

7.           Then add two curve line, consist of vertically smaller and also an arch for the nose and the mouth

10.         Create two long curve lines for his right arm since you're going to make him hold a basketball on his left arm. Then add four short curve line for his legs on the below of his pant

11.         Create a rectangle for his wristband and two ‘trapezium' shape for his feet

12.         Then create a small hand for his right arm and give detail for his shoes and socks by giving several short lines on the ‘trapezium' shape

13.         Create a circle next to the torse because we're going to make him hold a basketball

14.         Then create several small curves next to the ball to create his left fingers as if he was holding the ball. You can see the picture for the reference

15.         Then lastly, add details for the balls with several curve lines inside of it. Also for the torso and his pants, add lines and numbers to create a pattern for his uniform.

16.         Don't forget to delete several excessive lines and guidelines. Voila! Your basketball player is done and ready to play the big game!

Creating a basketball player takes reference to create the poses you want, you can choose a pose reference if you like another pose than on this one. All you have to do is practice and patience and you can draw anything you want. Good luck!