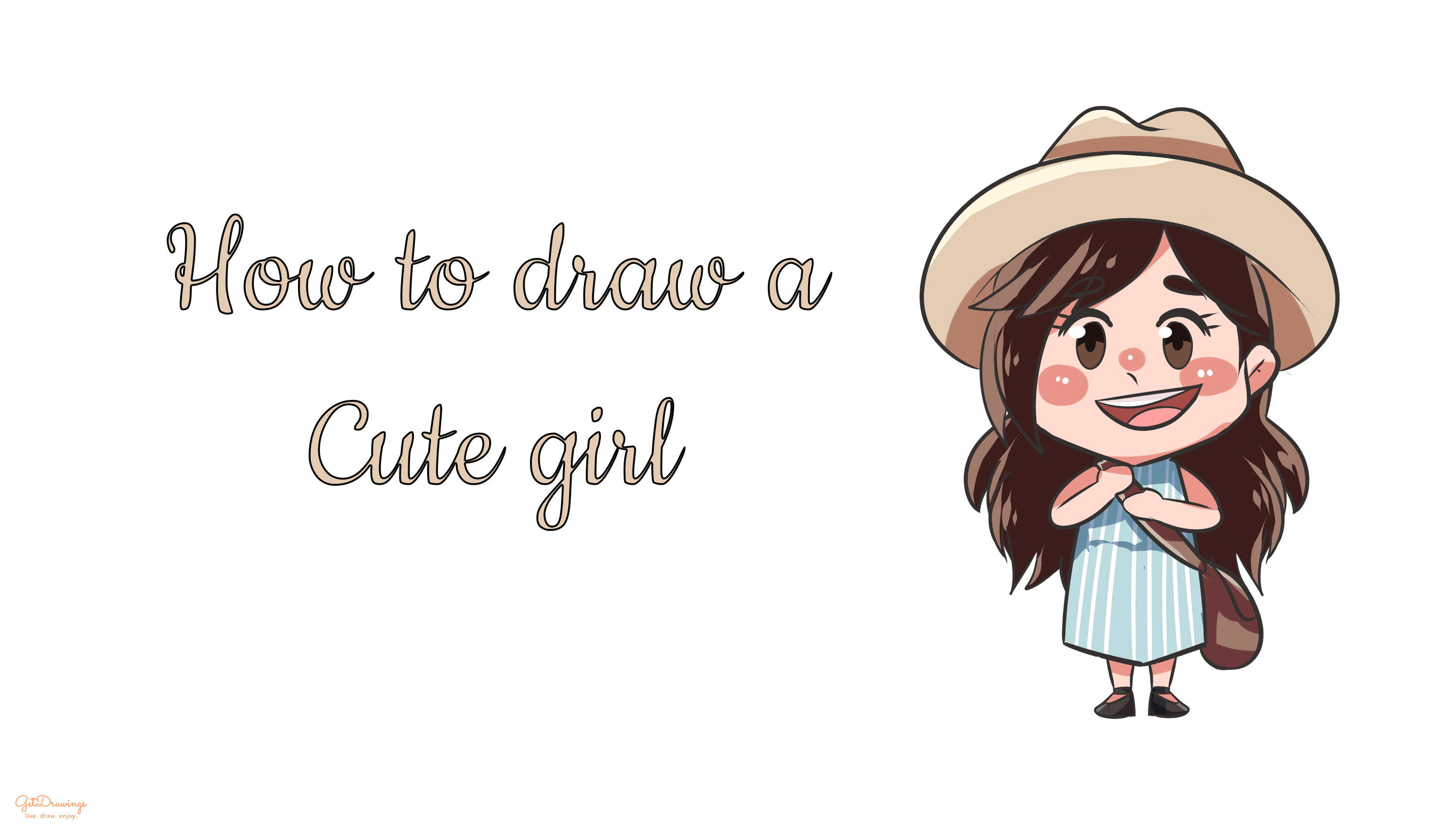 How to draw a cute Girl?

Cute is an adjective for something that is attractive in a pretty or endearing way. One of the cutest things in the world is a cute girl. Cute girls tend to look cheerful and bubbly and they give a positive vibe for anyone who sees them. If you like and want to draw cute girls, prepare your paper, pencil, and eraser so we can begin to create your Cute girl image!

1. Create a circle with two lines. Each vertical straight line and the horizontal arch line will have to cross each other to create a guideline for the head. Don't forget to leave some space below the guideline

2. Start from the right, create a freehand curve line to create cheeks on the right

3. Create another curve line just like on the 2nd step for the left cheek

4. Create two curvy lines in the middle of the lower cheek. But when you start to draw the line, create a curvy part before you make it a straight line

5. Then create another line that ended up crossed and ended each other to create the dress

6. After that, create four lines below the dress, two each on the left and right to make legs

7. Create two trapezia with curved edge oppositely on both legs to create the feet

8. Then create another 2 curvy lines for the arm and two short straight lines inside the curve

9. Create small curves then larger curves that end on each end-line of the arm to create the hand. Don't forget to make a two of them.

10. Create two bold arch and vertical ovals to make the eyes. Also, add two straight short lines on the edge of the arch to create the lashes just like on the picture.

11. After that, create a vertically curve to create her nose

12. Create a half circle below the nose and then add two curve line for the front teeth and the tongue

14. Create several curve line just like on the pictures to create fringes

15. Then, add another several curve lines to create hairs that were brushed to behind the right ear and add a half shaped "heart" to create the right ear. After that, add two lines inside the ear to add depth for your cute girl’s ear.

16. Create several freehand curve lines for the back hair to create a long wavy hair. Start from the left you can immediately create curvy lines as if you’re drawing grass. Then on the right side, since the hair was brushed behind the right ear, create a long curve line at first, then make the same curve line just like on the left one.

17. Next, create two curve lines above the head just like on the picture. Then, add an "m" shape so you can see your cute girl is wearing a cute hat

18. Add a short straight line on the left shoulder of the girl, then create two a bit curved line to start to create the sling bag and end it with creating a big curve line that ends on the edge of the lower dress. Don't forget to add a smaller curve line inside the bigger curve line to create detail.

19. Then, add small detail on her shoes so your cute girl will have her cute shoes as well

20. VOILA! After you delete the guideline, your cute girl is ready to go!

Conclusion: Creating a cute girl has to imagine ‘what is your type of cute' so you can make it even cuter. Especially as for the hair, it takes time to create it cutely but it's okay as long as you want to practice it or try a different kind of hairstyle.

If you’re looking for a unique and creative art experience, mandala drawing is something you’ll truly enjoy. It’s known that ...
View all