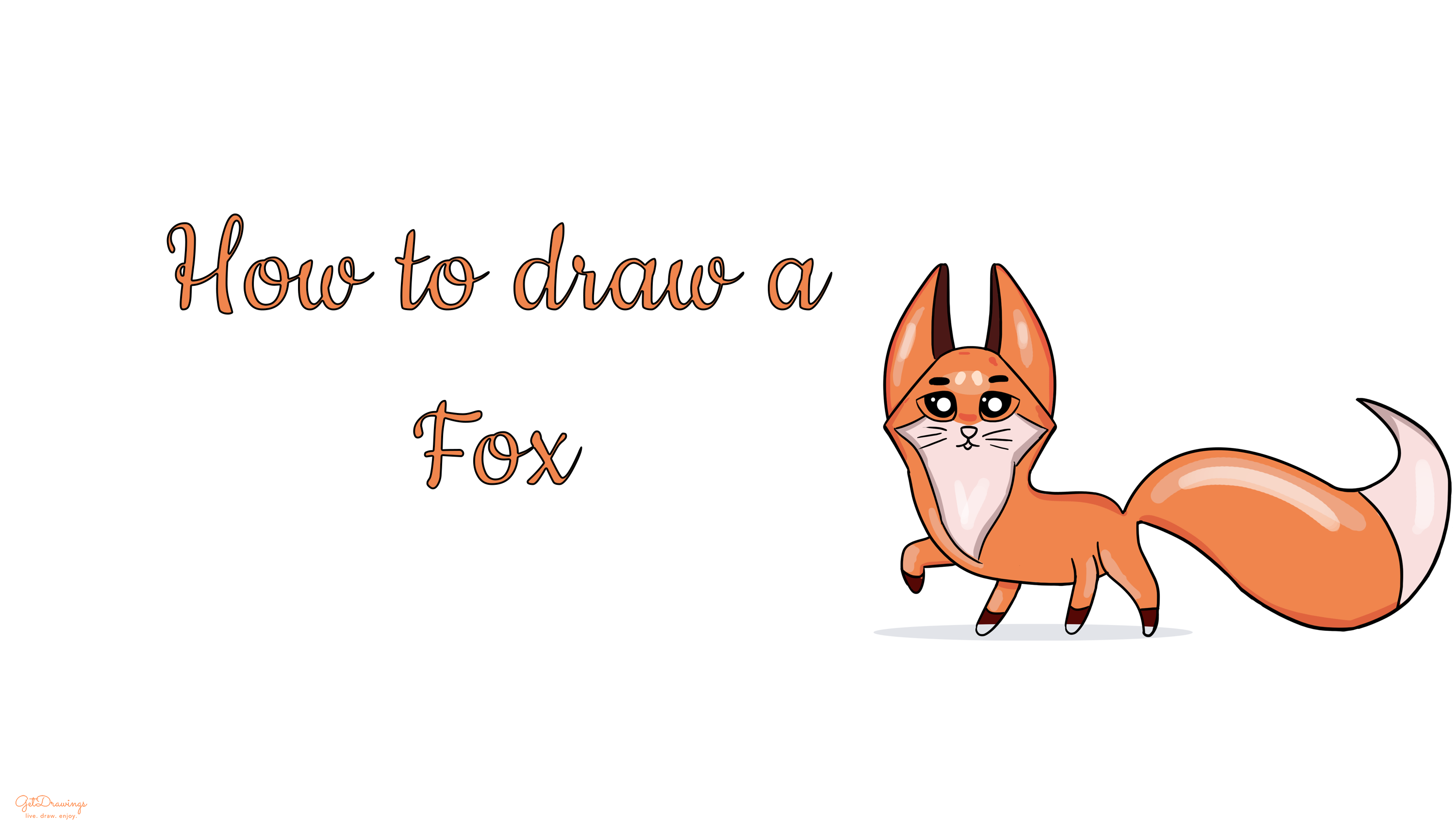 How to draw a Fox?

Foxes are members of the dog family. Different species live all over the world, from the desert eagle living in the desert, Fennec fox, to solid white fox. The red fox depicted in this lesson is the most common.

Foxes have long been featured in folklore and mythology. They were known for cunning and deceivers. There were also many fox characters in children's films. One example is the Disney animated film Fox and the Hunting Dog (1981). The other is the cunning fox from Buratino (1940).

Step by step drawing of a Fox: