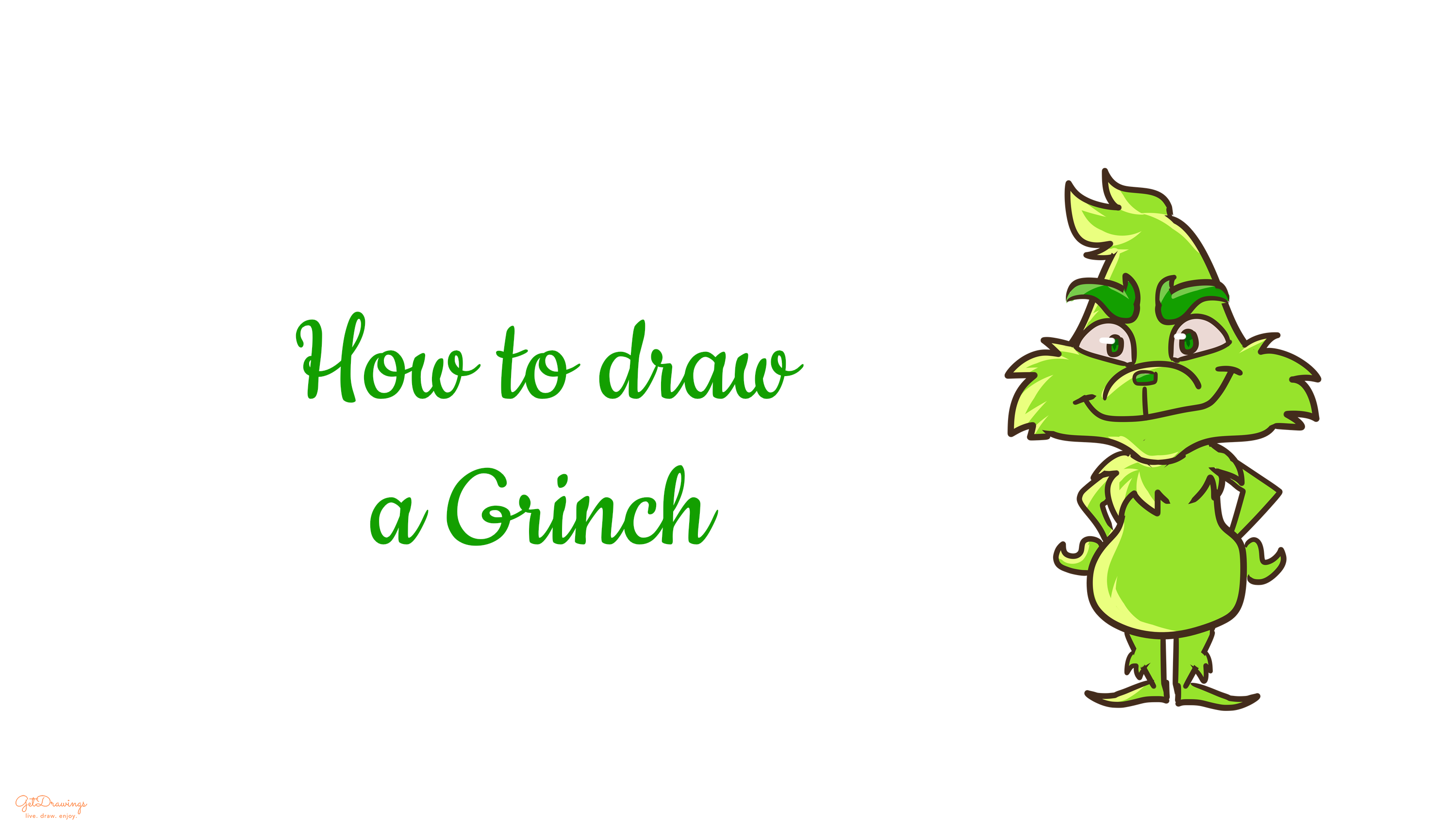 How to Draw a Grinch

There are a lot of fictional Character that related with Christmas. There’s elves, Santa, and Grinch. Grinch is one of the most known fictional character in children’s book “How the Grinch Stole Christmas”. It is depicted as a hairy, pear-shaped, and a cat-like faced character. He’s a character who have a mean-tempered and hates Christmas because he’s unable to stand various noises during Christmas. If you want to draw a Grinch clip art, you can follow my instructions. Prepare a paper, a pencil, and an eraser. Now we’re ready to draw!

Step 1: First of all, we’ll start by drawing the guidelines. The purpose of guidelines is to help you estimate the size and to guide you in drawing the rest. Therefore, we’re going to draw from top to bottom. Therefore, we need to start drawing a realistic nose shape that resemble pear for the head. Then create another pear shape below it but less curvy and smaller (see picture to better understand).

Step 2: Moving on to the next step, we’ll make the eyes and the nose. Create two half circle on the head guideline to create the eyes. Then add a small rectangle in between it to make the nose.

Step 3: After the previous step, we’ll continue drawing snout and mouth. Start with an arch above the nose, then add a vertical straight line below the nose, and add a big curve line with another short curve line on each side.

Step 4: After that, we can start drawing the cornea and eyebrow guideline. You can draw ovals on each half circles. Then, add two leaf-like shape above the eyes to create eyebrows guideline.

Step 7: Next, create the hands and feet by making a coma-like shape for its hands below the arms. Moving on for its feet, create two uneven and narrow triangles with curve lines to create long feet.

Step 9: If there’s a line that intersect each other, this is the time to erase it. To see a Grinch clearly, you’ll need clean lines. Voila! You’ve finished drawing a Grinch!

Since you’re drawing a Grinch, you need to look at the actual reference of what you’re going to draw. It is important because drawing the shapes form would be varied. You’ll need keen eyes and a lot of practice so you can make your drawing perfect. Good luck!