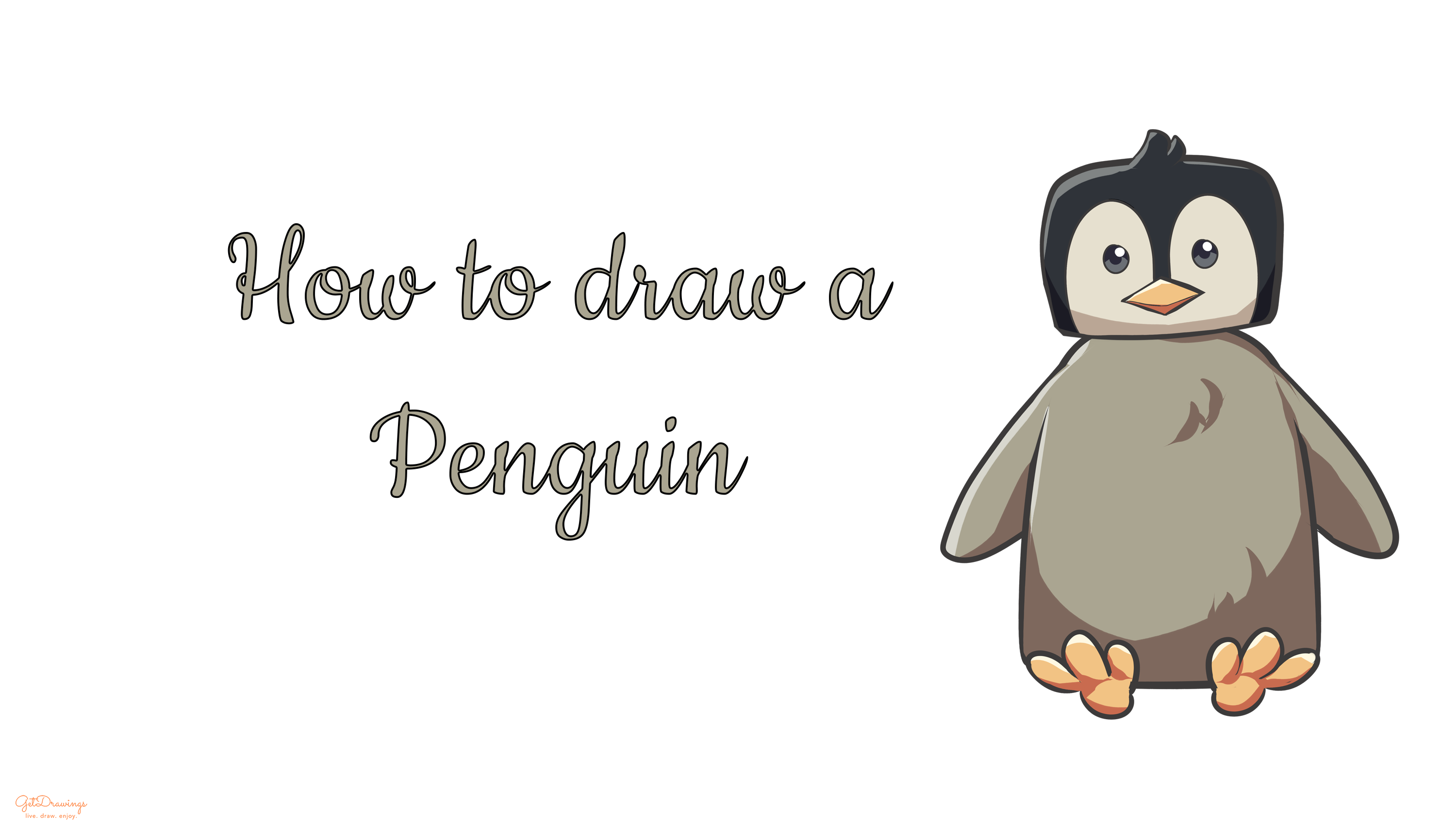 How to draw a Penguin?

Who doesn’t know the cutest creature on the north like Penguin? You can see it in the movie “Penguin of Madagascar”, “Happy Feet” or on the cartoon “Adventure Time”. If you love how its flapper makes it looks cute, you can start drawing it yourself! You’ll only need to prepare a paper, a pencil and an eraser. Then Let us start drawing!

Step 1.    First things first. Create its guidelines to help you draw the whole thing. We can start drawing from the top to the bottom. Let’s start by drawing its head guidelines. Create a rectangle with curvy edges. Don't forget to spare a big space below it for the body part.

Step 2.    Then for its body guideline, create a vertical semi-circle and rectangle shape with curvy edges on the bottom part (See the picture for better understand). You want the penguin looks fluffy right? Make it curvy!

Step 3.    You can now start creating its left flapper with a narrow curve line on the left side of the body guideline.

Step 4.    The same goes for its right flapper. Create a narrow curve line on the right-hand side of the body guideline. Now your Penguin has two flappers!

Step 5.    Now for its feet. Create six curves, three on the left, three on the right below the body guideline and make them pairing next to each other.

Step 6.    Then, as finish to each foot, create small arches below each curve to end the line of each foot. Voila, your Penguin’s feet are done!

Step 7.    The last main feature of penguin is its beak. Create a diamond-like shape on the head guideline.

Step 8.    Then we can start to do the details for the penguin. Let’s start with creating a curve on the left-hand side of its head that ends on the upper left part of the beak.

Step 9.    The same goes on the right-hand side part of the wing. Create another curve that also ends on the upper right part of the beak.

Step 10.   Now we can continue with its eyes! Create two circles in the middle of the curves that you made in the last two steps.

Step 11.   And also add details on its beak to make your Penguin looks like it’s smiling! Create a curve in the middle of it (see picture)

Step 12.   Last but not least, to make your penguin head fluffy, add several curves on top of its head.

Step 13.   Erase the guideline and you have a cute Penguin!

You’ll need to create several guidelines first before you go to the detail. Creating Penguin isn’t that hard since it consists of simple shapes so it wouldn’t take much time to perfect it. You’ll love your penguin and want to draw them even more!

Do you like drawing? Are you an artist? Have you always wanted to share your art with other people or ...
View all