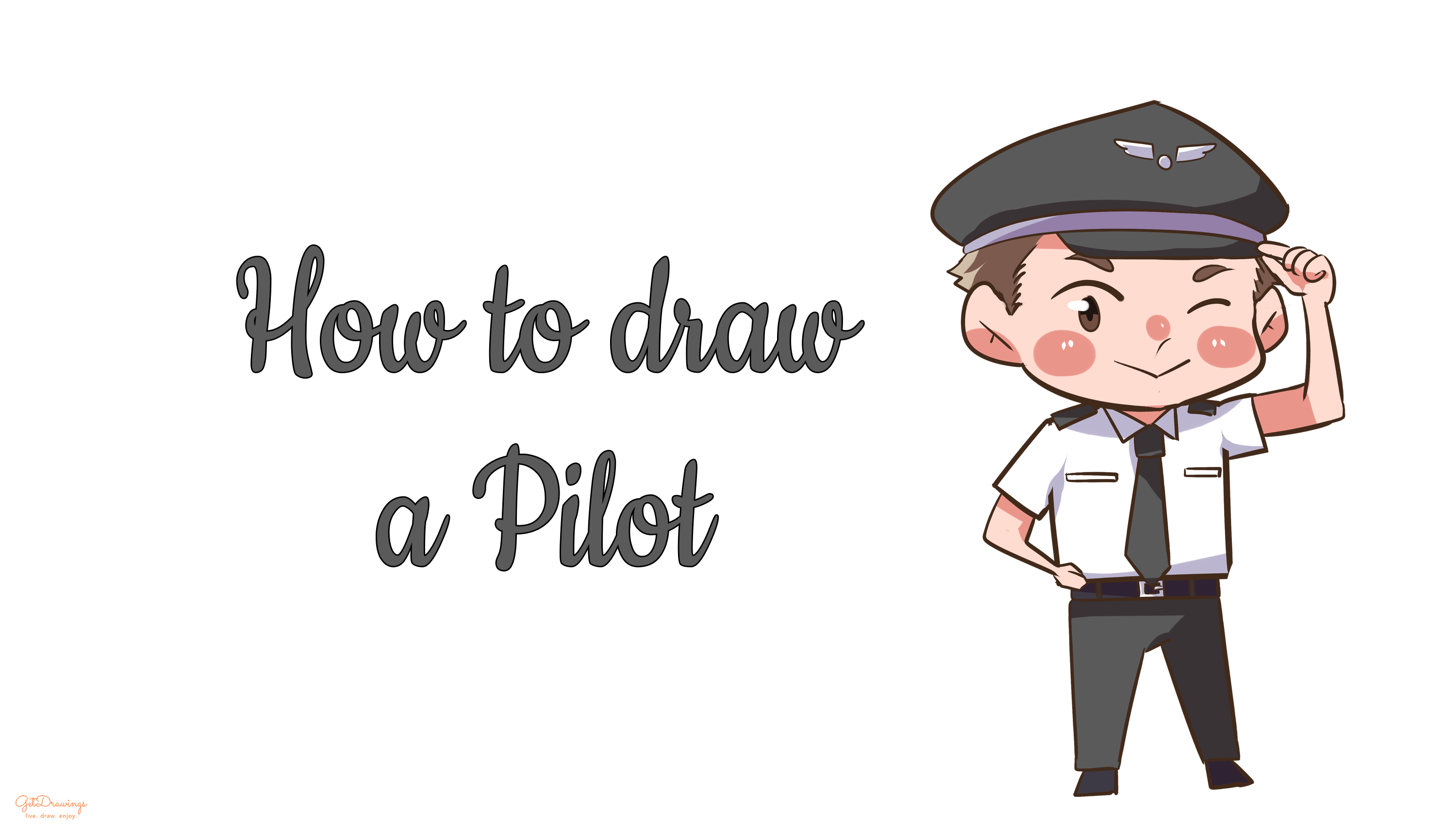 How to draw a Pilot?

We’re human that basically a mammal. But even though we’re a mammal, who said we can’t fly? It’s all thanks to the profession called a pilot. Where they can fly a plane. If we want to go somewhere far, a pilot will help us to flies a plane to our destination. Now it won’t take time and energy to go far away and it’s all thanks to the pilot. To appreciate their service, you can draw a pilot by following these steps. But before we start, let us prepare a paper, an eraser, and a pencil. Now we can start to draw!

Step 1    First of all, we’re going to start from top to bottom. Starting from its head, you can draw a circle at first. Then, add two lines consist of a curvy and straight line that crossed each other inside the circle. This would be the head guideline for your firefighter. Please keep in mind to leave a big space below it to reserve space for its body.

Step 2    Next, continue the head guideline by adding several curves starting from the right straight line (See picture) to add cheeks and chin.

Step 3    Then, moving on from the previous step, add a curve and add two lines inside it (See picture for better understand) to create its ear with the depth. Make both for left and right.

Step 4    Continue to another feature on its head by creating the eyes. Draw two curve lines right on top of the straight guideline and add an oval below the left-hand side of the curve line. This is to make its eyes winking.

Step 5    After that, create two leaf-like shapes on top of the previous step for its eyebrow. Also, don’t forget to add a small curve line below the center of the eyes for its nose. Next, add two straight lines met each other (See picture to better understand)

Step 6    Now we can move on to the hair. Start with the sideburns, add several short lines inside the head next to the ears. Then, draw short spiky hair on the left-hand side and right-hand side outside the head for the hair.

Step 7    Next, we can start to draw Pilot’s hat by adding a large arch to create its visor first. Then, make a long rectangle above the previous step for the detail of the hat.

Step 8    As for this step, draw a curved line above it to finish the base of the hat (See picture)

Step 9    Move on to its detail such as drawing a Pilot badge for its hat. You can make it by adding a small circle inside the hat and wing-like shapes next to it (see picture for better understand). Also, add two short lines to create a shoulder for your Pilot.

Step 10    Continuing the shoulder part, add a big rectangle below it.

Step 12    As for the arms, add several long straight lines and shorter lines (see picture to better understand). Make him looks like giving a salute and his other arm holding his left-hand side hip.

Step 13    Now add the detail for the Pilot’s hands. Make fingers for the right-hand side hand with curves. Then, add several short straight lines for the left-hand side hand (see picture for better understand).

Step 14    Then add more details such as pockets on the chest part of the shirt. Therefore, add several two shapes of rectangles. Don’t forget to draw collars by adding several downward triangles on top of the body guideline. Also the detail on the shoulder, you can add shapes like rectangles.

Step 15    Lastly for the details on the shirt, add the tie. You can draw a small rectangle below the collar and create two long straight lines that finished with two shorter straight lines (see picture).

Step 16    Moving on, add belt below the body by adding a long straight line, a rectangle on the center of it and several shorter lines (see picture to better understand).

Step 18    For the last part, create the shoes by drawing two trapezium-like shapes below the pants.

Step 19    Now you can remove the guideline and Voila! You’ve finished drawing the Pilot!