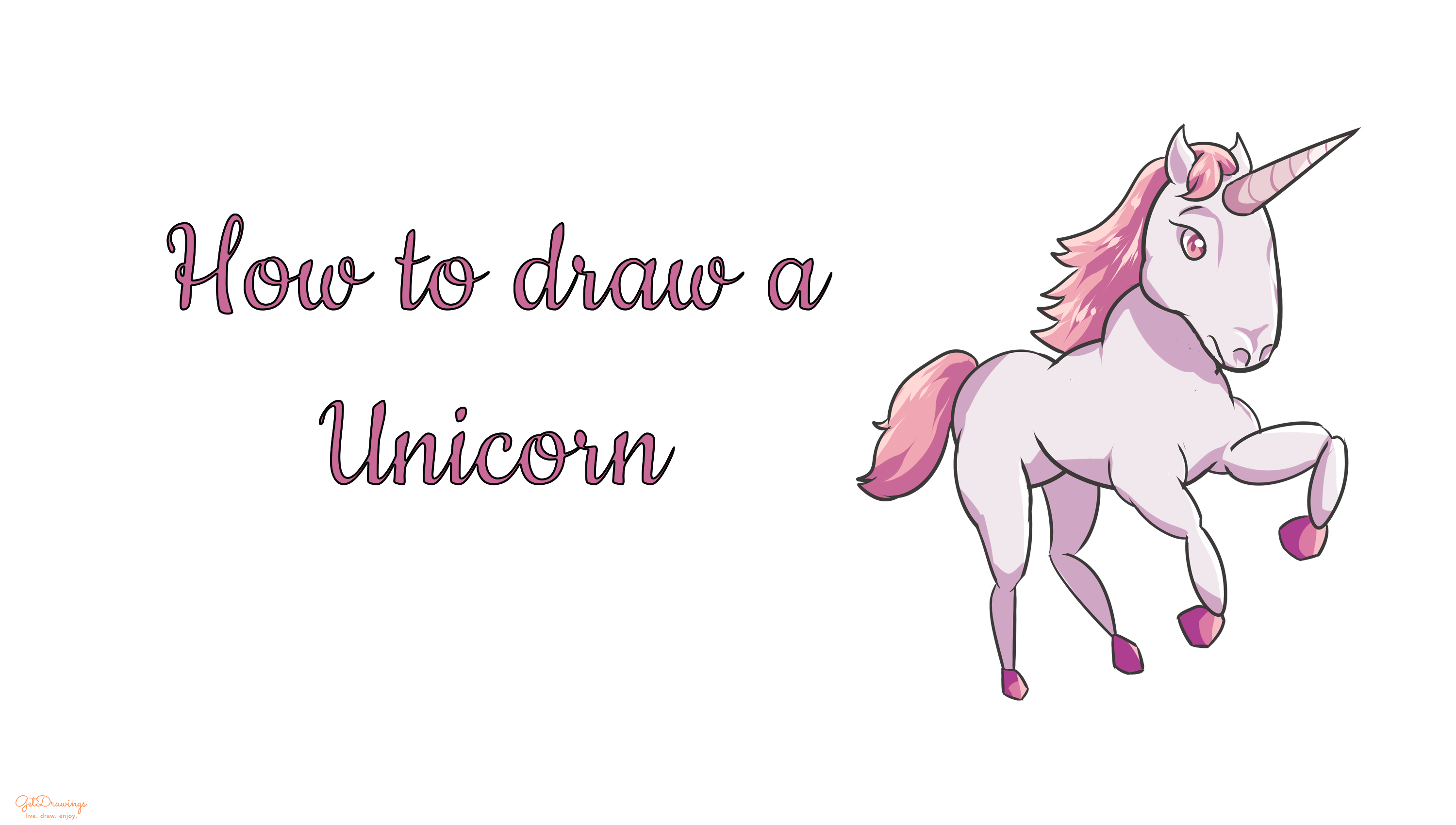 How to draw a Unicorn?

Mythical creatures tend to have scary appearances such as Dragon, Cyclops, or even Werewolf. But there are some of them that have beautiful appearances such as Unicorn. A creature that resembles a horse with a horn on top of its head. If you like a Unicorn and would love to draw it, prepare a paper, pencil, and eraser. Now let start drawing Unicorn!

Step 1: For the 1st step, we’re starting to draw from top to bottom. Let’s start with the Horse’s head guideline. draw a half-chicken-breast-like shape (see picture) and give a big space for the whole body later.

Step 2: Then, we can start with the 1st body guideline. Create a horizontal oval below the left-hand side of the head’s guideline. Make the size bigger than its head.

Step 3: Next, draw a circle that intersects with the oval to create its 2nd part of the body guideline.

Step 4: For the last and 3rd part of the body guideline, create another but a smaller circle that intersects with the head and 1st part of the body. This guideline will be used as Unicorn’s neck.

Step 5: Moving on, continue with the next features which are front-legs of the Unicorn. Starting from the front-legs’ joints, draw two circles next to each other that intersect with the 1st part of the body guideline.

Step 6: As for the back-legs (That only showed one thigh) create an oval that intersects with the 2nd part of the body guideline. This will be a guideline for the Unicorn’s thigh.

Step 7: To continue on the front-legs, create two narrow ovals that intersect with the front-legs’ joints (See picture to understand better).

Step 8: For the continuation of the back-legs, add a curve starting from the thigh (See picture).

Step 9: Since we can’t see the other thigh of the back-legs, let’s move on with the guidelines below it. Add two curved lines (See picture) below in the middle of 1st and 2nd body part guidelines.

Step 10: Next, continue the front-legs by adding another oval but a lot more narrow than the previous one (See picture to understand better).

Step 11: For the back-legs, add 4 lines consist of curves and straight (see picture) below the previous part.

Step 12: Now we can add the horseshoe for the four legs. Voila! The legs part were finished!

Step 13: We can continue for the next features such as ears. Draw two leaf-like shapes vertically on top of the head’s guideline.

Step 14: Moving on with the details of the head. Add curve lines for its eyelid, cheek, and nostrils (See picture).

Step 15: Continue with the details, add another curve for its eyelid, eyeball, and mouth. (See picture to understand better).

Step 16: Despite all of the features resemble a horse, this one is the only part that Unicorn has. That is a horn. Add a cone shape on top of its head next to the ears.

Step 17: Now we can start with the Unicorn’s hair by adding a wavy and curvy line (See picture) on top of its head until the 1st part of the body guideline.

Step 18: Last but not least, add another curvy line (See picture to understand better) to make a wavy tail for the Unicorn.

Step 19: At last, we can erase the guidelines and Voila! The Unicorn is done!

One of the things that are hard in making Unicorn is the joint part which can make your Unicorn looks unstable. Therefore, you need to look at a lot of references and do more practices to draw the perfect Unicorn you want to be. As someone’s said it, “Practice makes perfect”.