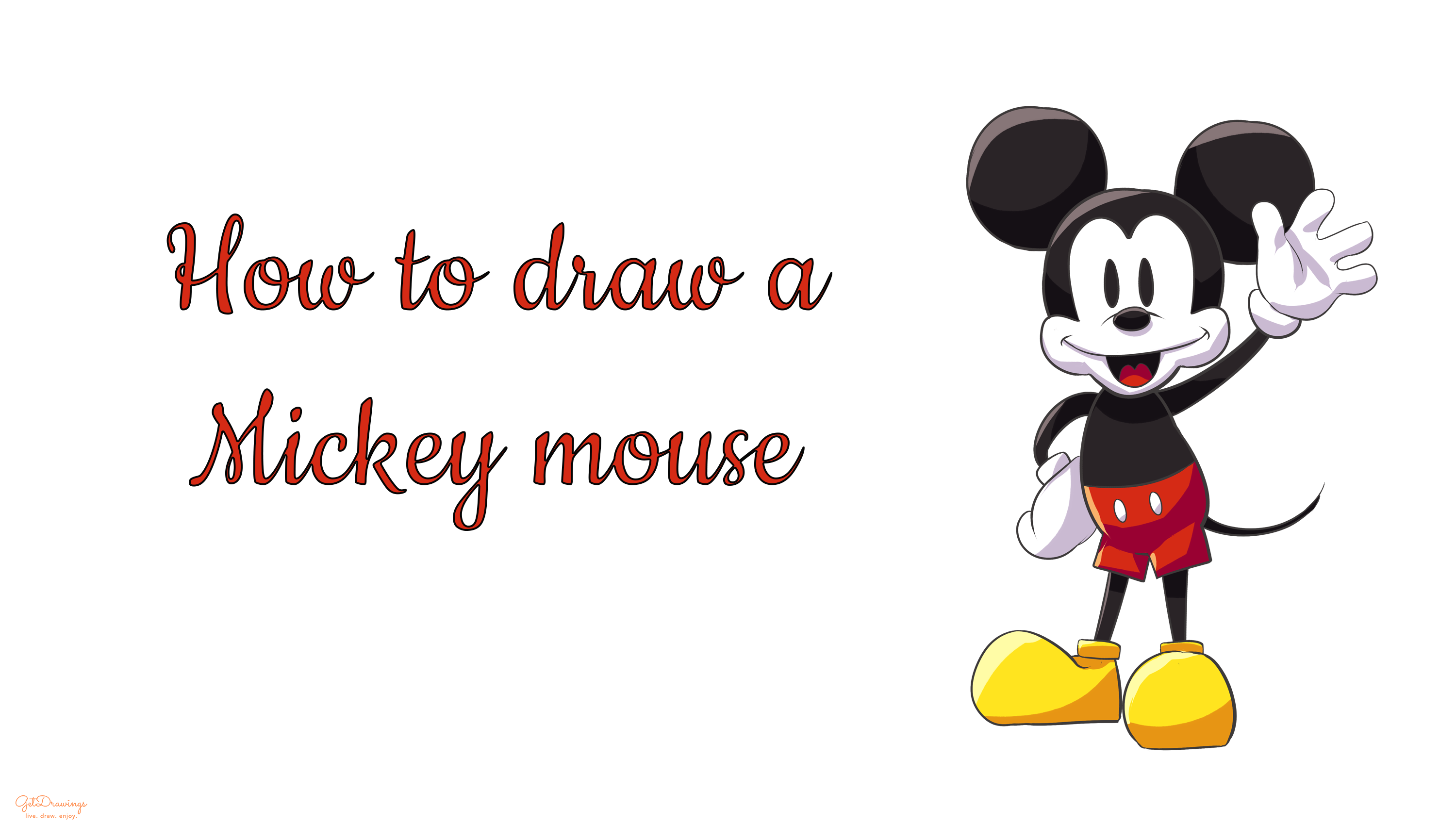 How to draw a Mickey Mouse?

Who doesn't know "Club House Mickey Mouse"? or Disneyland? An amusement park filled with hopes and dreams. One of the characters that are known from the Disney series is Mickey Mouse. A lovable cute mouse that is very known by the whole world created by Walt Disney. If you like Mickey Mouse and want to know how to draw him, prepare your paper, pencil, and eraser and we can begin to draw!

1.           Create three circles and place the two smaller circles for Mickey’s ears above the main circle for his head that was drawn in the middle of your paper. Leave some large space below it to create the rest of the body part

4.           Create two "c" shape on each edge of the recent shape that you made from the last step to create his cheeks

7.           Create a smaller horizontal oval for his nose below the eyes and add an arch exactly above the nose

8.           Create a wide smile by making three curvy lines below the nose so you can see your Mickey has a wide smile on his face!

13.         Next, create two curvy edge rectangle and create a curve line starting from the left edge below the rectangle that you made earlier all the way to another edge to create Mickey's left shoes. You can start from the curve and then straight line and for the right shoes, create another curve just like on the left shoes but a shorter straight line

15.         Add another curvy edge rectangle on each arm. Then add four extending fingers on the right arm to create the right hand, then, add big curve and next to it, add a smaller curve to make the left hand

Mickey consist of tons of curvy line and circle. It's something that can be easily remembered. If you are having a hard time drawing him, you can always practice hard and create more Mickey Mouse with any kind of clothing you want.

If you want to develop high-quality artwork, you’ll need to invest in good drawing materials. The tools you use determine ...
View all