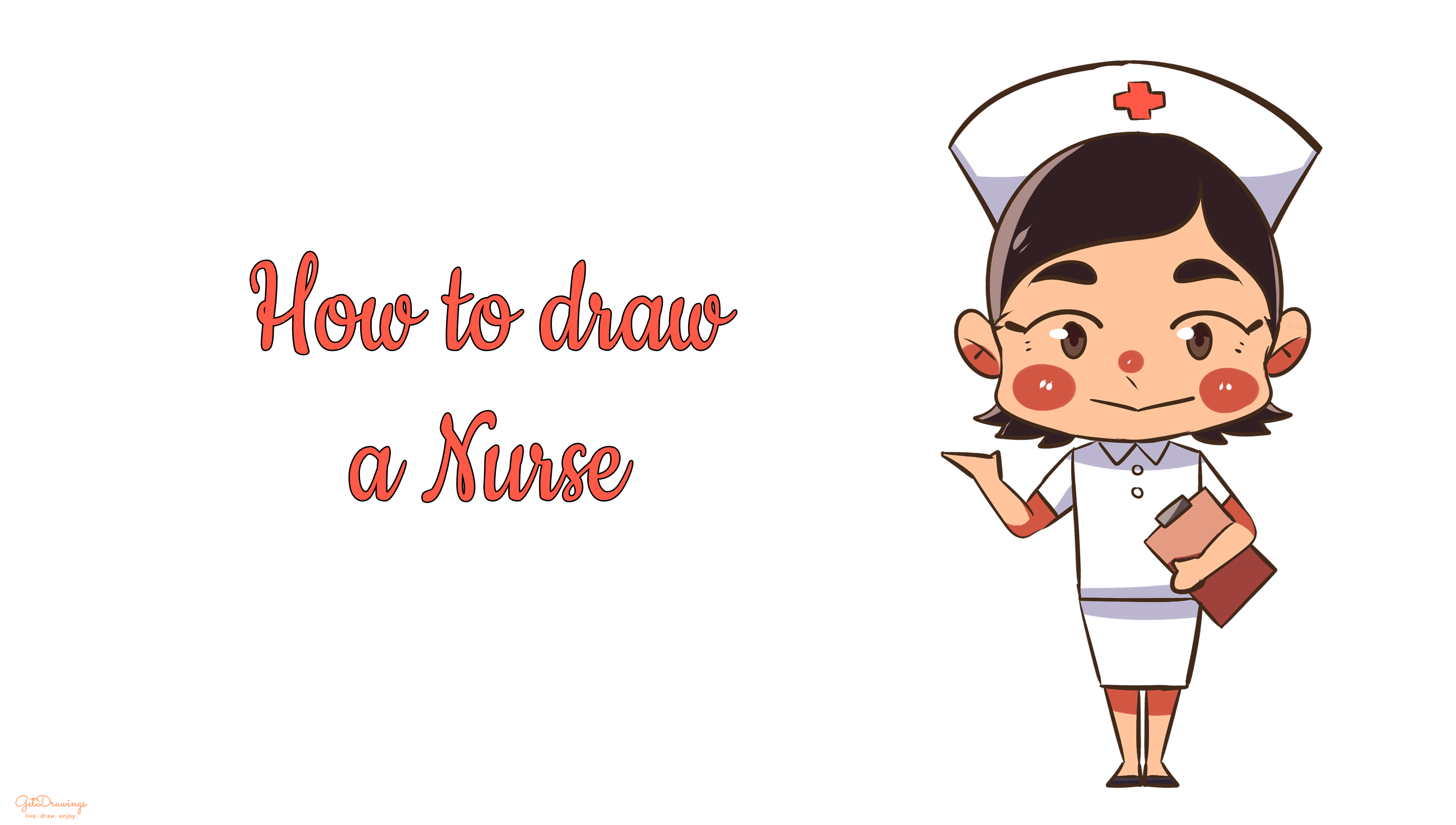 How to draw a Nurse?

When we’re sick at the hospital, there’ll be someone who’ll accompany us and help us to be cured. They’ll bring you food and help you when you have a hard time need to do something. It’s none other than a Nurse that’ll gladly help you as much as a doctor would do. Even if a doctor won’t be there for the patient all the time, the nurse will obviously help you at that kind of time. So you don’t need to worry when you're at the hospital. Therefore, you might as well want to draw for them if you want to give an appreciation for them. You’ll need to prepare a paper, a pencil, and an eraser. Now you’re ready to draw!

Steps:
Step 1: First of all, we’re going to start from top to bottom. Starting from its head, you can draw a circle at first. Then, add two lines consist of two straight lines that crossed each other inside the circle. This would be the head guideline for your Nurse. Please keep in mind to leave a big space below it to reserve space for its body.

Step 2: Next, continue the head guideline by adding several curves starting from the left straight line (see picture) to add cheeks and chin.

Step 3: Then, moving on from the previous step, add two curve lines and add two lines inside each of it (See picture for better understand) to create its ear with the depth. Make both for left and right.

Step 4: Continue to another feature on its head by creating the eyes. Draw two curve lines right on top of the straight guideline and add an oval below both of the curve lines. Don’t forget to add eyelashes by adding several short straight lines next to and above the eyes (see picture)

Step 5: After that, create two leaf-like shapes on top of the previous step for its eyebrow. Also, don’t forget to add a small curve line below the center of the eyes for its nose. As for her mouth, you can add two straight lines touching each other (see picture to better understand)

Step 7: Nurse tend to have a hat on it, therefore draw several lines just like on the picture and create a cross symbol in the middle of it

Step 8: Now we can move on to create the body line. Firstly we’re going to draw her torso. Add several short and long straight lines to make a rectangle-like shape just like on the picture.

Step 9: As for the arms, add several long straight lines and shorter lines (see picture to better understand). We’re going to make the arms as if the hand is looking up and holding a clipboard

Step 10: Then draw the hand with several short straight and curve lines. Don’t forget to draw the clipboard that consists of bigger and smaller rectangle shapes.

Step 11: After that, we can start drawing her skirt by adding several straight lines that resemble a reverted trapezium.

Step 12: Moving on to her legs and feet. You can draw several curve and straight lines and add a short straight line on the feet to give detail for the shoes

Step 13: Now we can finish it by erasing the guidelines and Voila! The Nurse is done!

In drawing Nurse, you’ll need keen eyes to draw the details. Therefore, drawing guidelines at first is an important step. It is not going to be easy at first if you’re not used to drawing. Since no one can be a good artist at their first attempt. But as long as you keep practicing in drawing, you’ll be good in no time.

Did you know that drawing is a magic tool with several benefits? It doesn’t matter if you are an experienced ...
View all