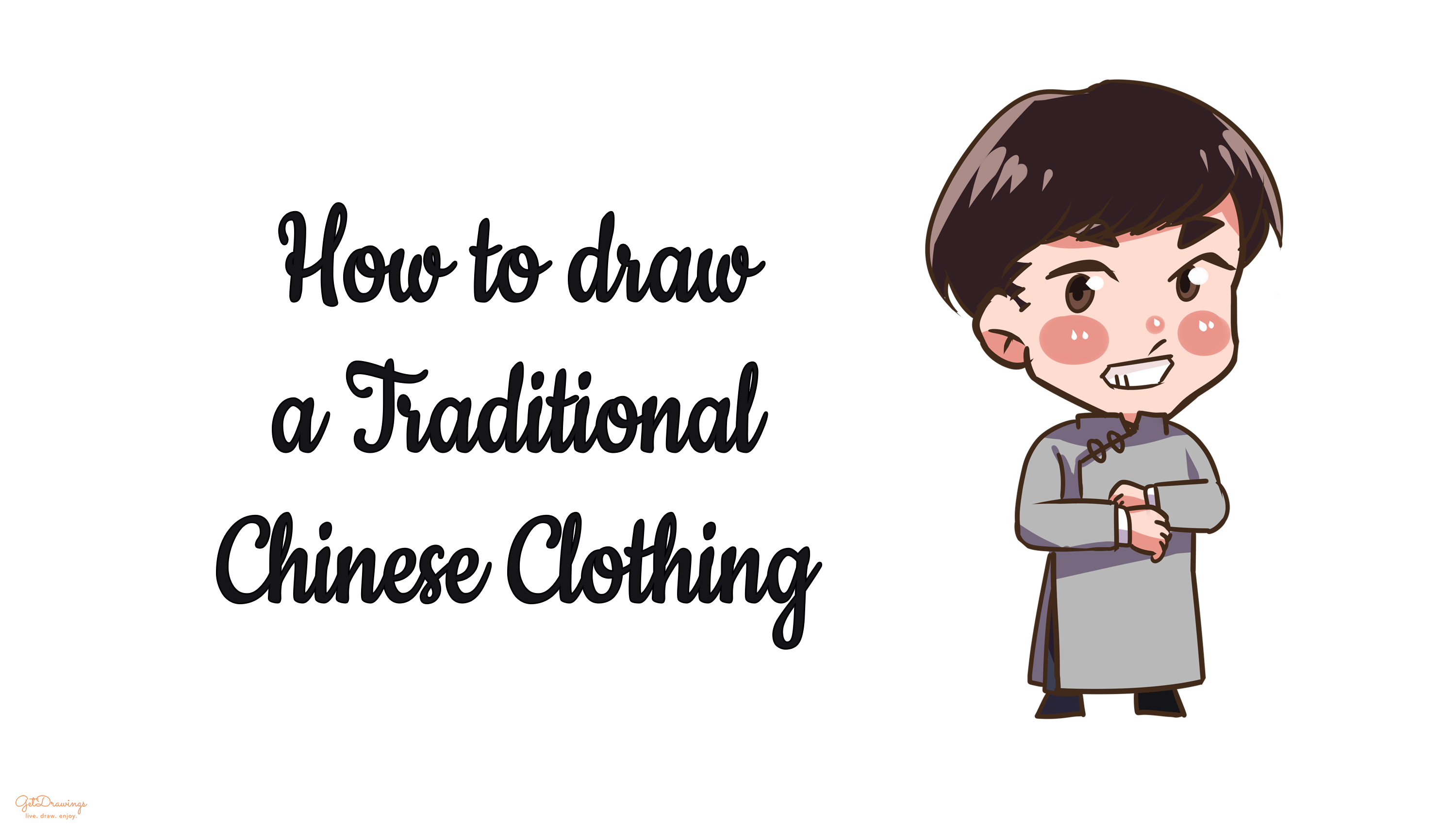 How to draw a Traditional Chinese Clothing

In East Asia, there are a lot of traditional clothing that each nation has. Such as Japan, India or even China. One of the most well-known traditional clothing in China for male are “Changshan”. It’s a traditional Chinese dress (or robe, long jacket or tunic) worn by men. As for the function, it is equivalent of the women’s cheongsam. It is worn for formal pictures, wedding, and other formal Chinese events. Therefore, if you want to portray a traditional Chinese Clothing, you can follow my instructions. Prepare a paper, a pencil, and an eraser. Now we’re ready to draw!

Step 2: Moving on to the next step. To make the cheeks and the chin, you can start from the right-hand side of the head guideline to create a curved line and end it with another smaller curve line to create an ear (See picture to better understand). Then add two short straight lines (See picture) to give a depth inside the ear.

Step 3: After the previous step, we’ll continue drawing the detail of the face. Now create its eyes by adding two arches above the horizontal line of the guideline. Lastly, add two ovals below the arches for the cornea. Add a curved line below the center of the eyes for its nose. Don’t forget to add his grin face by creating an uneven rectangle-like with two short straight lines inside. Lastly, add two curvy triangles above the eyes to make its eyebrows for the final touch of making the boy’s face (see picture to better understand).

Step 5: Then, finish the hair by creating a big curve with short spikes below it (see pictures to better understand). Then we start to draw the clothing by creating several straight lines for the collar (see picture).

Step 6: Moving on for the sleeves, add several curve lines until the wrists (see picture to better understand).

Step 8: Next, we can move on to continue adding detail to the dress. Draw several long straight lines to create the back part of the dress and for the pants that is seen.

Step 9: Then, we can finish the clothing by adding the shoes. Therefore, you can draw two parallelograms below the previous step (see picture).

Step 10: Now we can finish it by erasing the guidelines and Voila! The Traditional Japanese Clothing is done!

When drawing a traditional Chinese clothing or Changshan, the most important part is to look at the reference. How’s the actual shape of the Changshan, the detail, each part, etc. This is important because most of the form won’t be smooth or symmetrical. Even if it’s symmetrical, the form will still be uneven. Therefore, it’s important especially drawing the guideline. You’ll need keen eyes and a lot of practice so you can make your drawing perfect. Good luck!

If you like working with colours when making an artwork, it’s essential to know and understand the meaning of the ...
View all